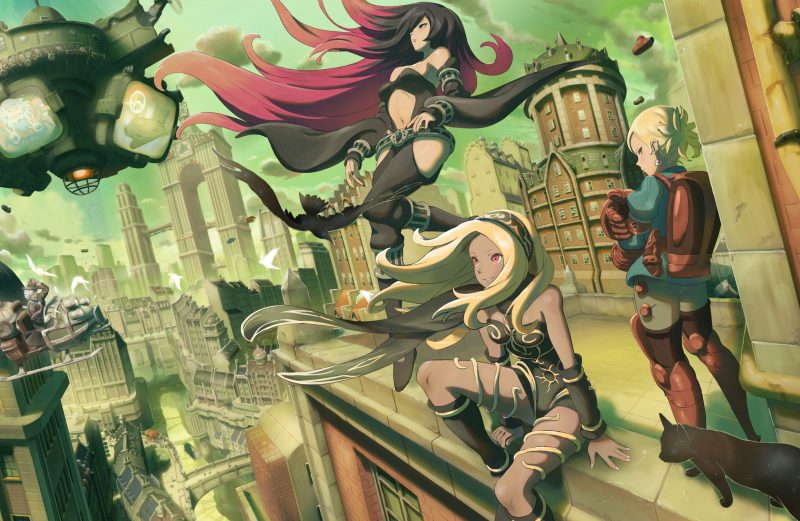 Gravity Rush, known in Japan as Gravity Daze,[b] is an action-adventure video game developed by SCE Japan Studio‘s Team Gravity division and published worldwide in 2012 by Sony Computer Entertainment for the PlayStation Vita. Gravity Rush Remastered, a high definition remaster developed by Bluepoint Games for the PlayStation 4 was released in 2015 in Japan and 2016 in the West. In Gravity Rush, players control Kat, an amnesiac with the power to manipulate how gravity affects her, and uses her powers to help the people of Hekseville against the mysterious Nevi, ultimately helping its people against human threats and uncovering the mystery behind her past. Gameplay has Kat exploring the open world of Hekseville, completing missions for townsfolk and defeating Nevi. Navigation and combat heavily involve Kat’s gravity-altering abilities.

Beginning development for PlayStation 3 in 2008 under the title Gravité before moving to the Vita, Gravity Rush was conceived by director Keiichiro Toyama prior to his work on Silent Hill and the Siren series. The team overcame technical challenges due to the gameplay and chosen hardware. The world, story and artistic style drew from Japanese and Western comics including the work of French artist Jean Giraud. The music was composed by Kohei Tanaka, who worked on the project from an early stage. Upon release, the game received mixed to positive reviews; praise went to the art style and Kat’s portrayal, but aspects of gameplay and control issues were criticized. The game went on to sell 200,000 copies worldwide. The remaster also released to positive reviews, focusing on its successful upgrade. A sequel, Gravity Rush 2, was released in 2017.