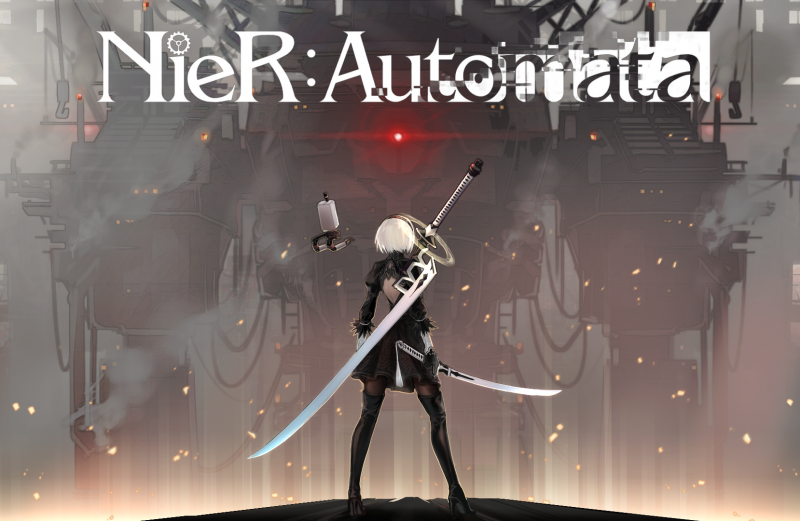 Nier: Automata[a] is an action role-playing hack and slash video game developed by PlatinumGames and published by Square Enix. The game was released for the PlayStation 4 and Microsoft Windows in early 2017, with an Xbox One port later in June 2018. Nier: Automata is a sequel to the 2010 video game NieR, a spin-off sequel of the Drakengard series. Set in the midst of a proxy war between machines created by otherworldly invaders and the remnants of humanity, the story follows the battles of a combat android, her companion, and a fugitive prototype. Gameplay combines role-playing elements with action-based combat and mixed genre gameplay similar to that of Nier.

Production began in 2014, with series creator Yoko Taro, producer Yosuke Saito, and lead composer Keiichi Okabe returning to their respective roles, as well as Square Enix artist Akihiko Yoshida in charge of character design. The story is based around themes similar to Yoko’s earlier works, such as people’s impulse to kill and nihilism, while also incorporating issues such as confronting prejudice and escaping difficult situations. The goal was to make a Nier game true to the spirit of the original, while simultaneously crafting a better combat system. As a project entirely new to the developers, the staff at PlatinumGames faced multiple challenges when developing its gameplay and open world environment.

Nier: Automata was met with critical acclaim, with critics praising the game’s narrative, characterization, thematic depth, music design, combat system, and mixture of different gameplay genres. Minor criticism was leveled at some of the game’s visual and technical problems. By May 2019, the game had sold over four million copies worldwide.